The following charts of U.S. ad spending (eMarketer) sheds new insight into the current state of advertising as well as their projections to 2017.

We highlight some key insights into what we believe to be the 'future of advertising'.

The key findings are as follows:

- Despite the huge ramp up of digital ad spend, other more traditional forms of media have remained resilient. Radio and TV ad spend are projected to show a moderate increase to 2017.

- While the growth of online advertising has been robust, advertisers still allocate the majority of their marketing budgets to television.

While the decline of analogue forms of advertising have some truth to some extent, such as in directories, newspapers and magazines, in other cases, it has been grossly exaggerated.

For instance, the majority of adults still see TV as the most influential medium in affecting their purchase decisions. 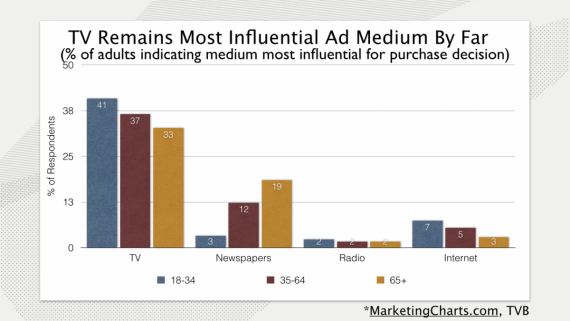 In contrast, only 30 minutes a day are allocated by Millennials to print media (newspapers, magazines, directories).

In many cases, the use of TV is complementary to digital rather than as a standalone activity. 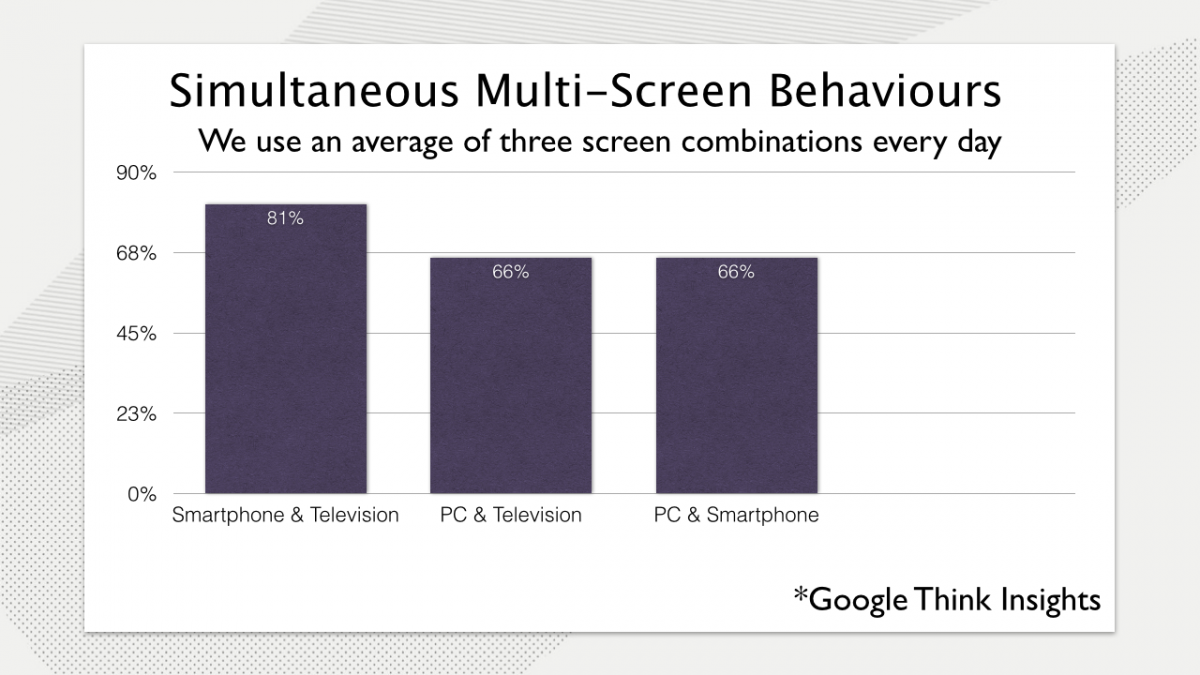 Rather than taking the back seat to digital, TV remains a vital part of the media mix.

Innovative companies are combining the use of TV with digital/social media as part of an integrated strategy which leads to higher levels of engagement.

Check out these innovative campaigns to get a sense of the Future Digilogue Communications Mix.

Mercedes Benz launched the first campaign consisting of a series of short videos which aired on TV as well as on various social media channels. The main idea was that viewers were able to vote on Twitter to decide how the series unfolded.

The series which aired on X Factor in the UK allowed viewers to choose between alternatives through Twitter via the hastag #YOUDRIVE. During the first episode, viewers chose between #Hide or #Evade which would determine the outcome during the next episode the following week.

The campaign is really symbolic of the next wave of integrated multi-channel campaigns where traditionally analogue mediums such as TV, serves as the catalyst by directing viewers to take further action across a number of different channels, often simultaneously.

Traditional media still serves as an essential gateway to a social, interactive and value-adding experience across a number of channels.

To better encourage interaction, the campaign included promotional offers and gifts to selected viewers who interact with the TVC.

The campaign was cited by Mercedes-Benz as being part of a broader creative strategy to better position itself as the vehicle of choice for the younger and more modern generation.

The results were highly positive: the hashtags trended on Twitter in the UK, and the video series generated 3.8m channel views in 3 weeks

AXA Belgium has introduced an interactive experience from a TV advertisement by using QR codes to drive further action, and hence, engagement across other screens. When viewers scan the barcode on the TV screen, it loads the extended story onto a smartphone with download links for further information.The experience prompts users to download AXA's new app as part of it's strategy to increase app acquisition amongst both current and potential users.

As part of its efforts to promote the new 2014 Versa Note automobile, Nissan took to sourcing commercial ideas from social media through its "Your Door to more" campaign.

Basically, viewers visit the YourDoorToMore.com website and download a cutout kit of the Versa Note automobile. Then, viewers create a short video to have a chance of having their videos featured in a Nissan TV commercial later this year and a $1000 Amazon gift card. 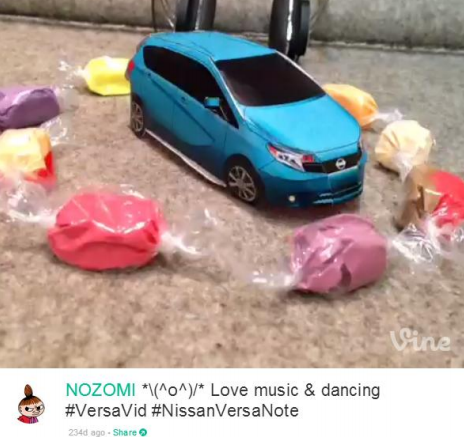 1. Do you think analogue mediums will have a place in an increasingly digital world?

2. What do you see as the future of advertising?

3. What are your thoughts on 'digilogue' advertising campaigns?

FOR MORE REFLECTIONS ON THE DIGITAL FUTURE, WHY NOT GRAB A COPY OF MY LATEST FUTURIST BOOK - DIGILOGUE: HOW TO WIN THE DIGITAL MINDS AND ANALOGUE HEARTS OF TOMORROW'S CUSTOMER ON AMAZON TODAY?

To receive your complimentary chapter from "Digilogue" - click here!