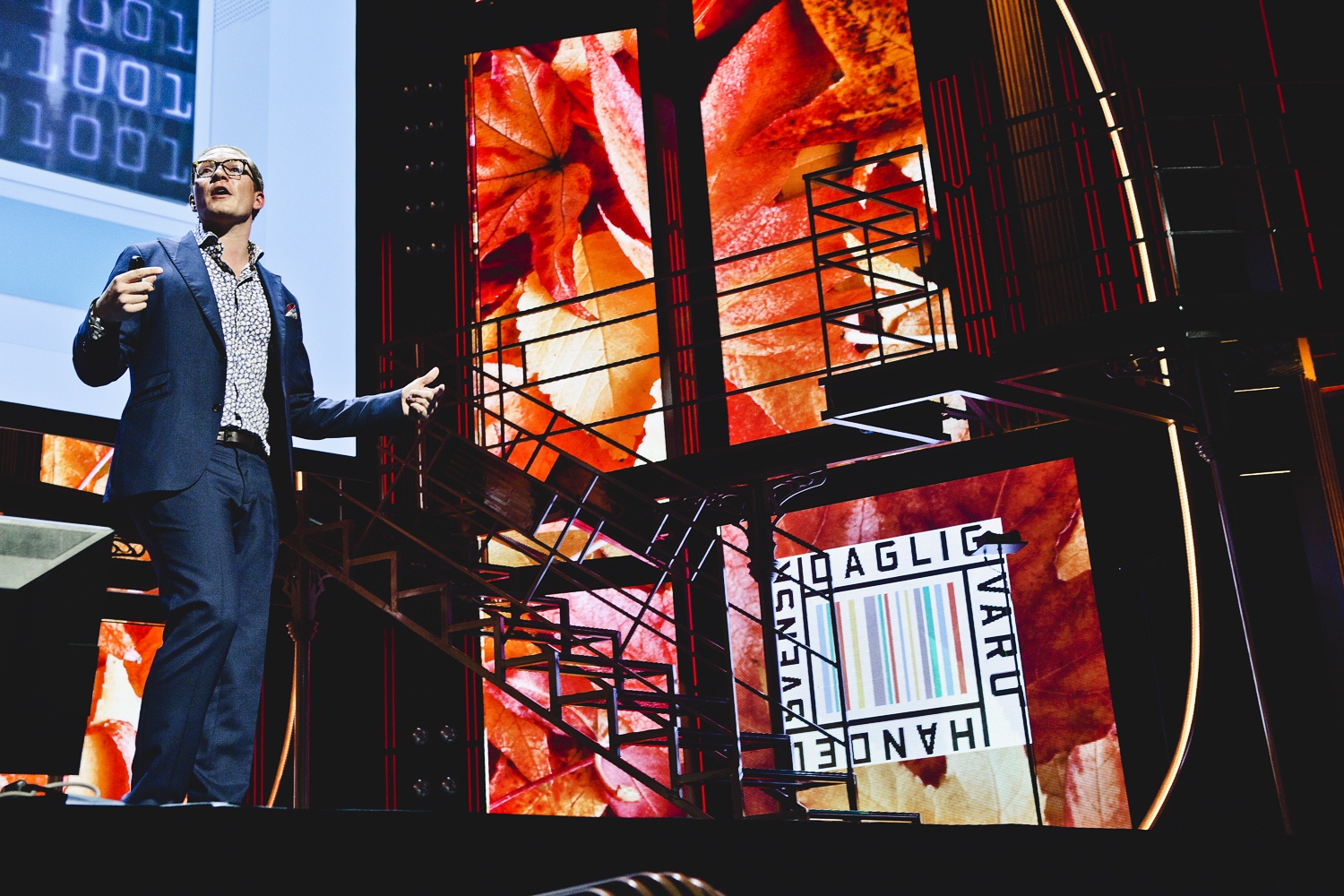 TECHNOLOGY COMPANIES WITH A BANKING LICENCE

The dire warning that banking jobs will be slashed over the next few years has been kicking around for a while (Vikram Pandit, former head of Citigroup, predicted 30 per cent would go in the next five years). And recent announcements seem to be proving the warning right. In October 2017 Nordea Bank AB, based in Stockholm, released it would be cutting 6000 banking jobs, including 2000 consultants, as it moves further into the digital age of banking. And then a week later the National Australia Bank (NAB), one of the top four banks in Australia, announced it would also be cutting 6000 jobs – although 2000 of these would be replaced by AI (artificial intelligence) and technology-based jobs. (And, as a Swedish-Australian, the connections here are becoming a bit too real.)

Of course, these announcements are no surprise. Banking used to be an activity we planned for, and banks a physical place we used to (unwillingly) visit. Now banking is a digital bump, a Swish or a mobile login, as financial services have become decoupled from traditional banks. In the UK, we used to be more likely to divorce our life partners than our banks. Now, because of FinTech and OTT (over the top) players, we don’t need to divorce our banks. We just cheat on them. Think about this:

Weighed down by regulation instead of transformed by innovation

As well as online competitors, the job cuts also come in the face of rising AI, blockchain and automation as tedious, repetitive jobs such as fee scheduling, back office tasks and invoicing are automated and branches are closed and services consolidated. These trends are not news to the next generation of customers, but attempts by the traditional banks to engage this generation sometimes get too weighed down by regulation as opposed to innovation – meaning innovation is the space where FinTech gets to hang out and play.

Banks have been hesitant about engaging with the digital consumer because they’ve assumed these consumers are digitally promiscuous. But 2013 research from Bain shows that the more we digitally connect with our banks via their omnichannel offers, the more loyal we become, and the more we amplify the brands as brand ambassadors. Indeed, Bain stresses that the race is on to mobilise banking - duh. The research in the figure below from Bain into the behaviours of affluent US customers shows that, as our digital usage goes up, on average we hold more products than someone who is not digitally engaged, and our net promoter score also rises. This flies in the face of traditional wisdom of how to create customer loyalty. 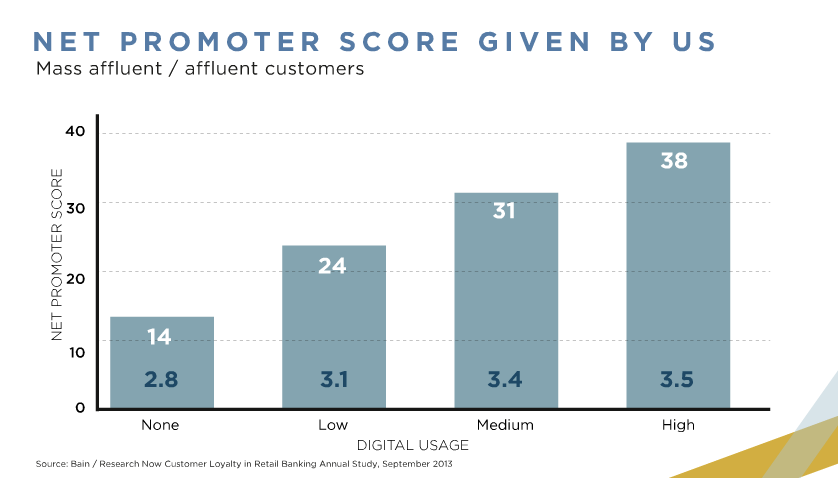 How banking connects with binge TV

On announcing the job cuts, we heard NAB CEO Andrew Thorburn talk about transparency, authenticity, customers and innovation investment, but we didn’t hear him mention seamlessness and, particularly as branches close and people move away from face-to-face service, this is the area banks need to focus on. Every touch point needs to relevant in real time to customers. Information needs to be easily and seamlessly accessible, regardless of the platform used.

Banks need to start mining their customer data, rather than leaving this to the expertise of cyber criminals.

Think about the way a company like Netflix mines its consumer data and gets to us as consumers. Its shift from providing something physical (remember when they used to just deliver DVDs via postal pigeon?) to something digital didn’t mean the evaporation of value, as it has for other business models. Netflix created value, instead of vaporising value. Why? Because the move to streaming meant they really got to know their customer – digitally, intimately. Now, instead of just knowing what DVDs you may or may not be watching, they know exactly what shows you’re binge watching and when, and even what episode you fell asleep to halfway through. (Well, they’re probably not far off.) So when they look at consumer behaviour data, they’re able to start tweaking their products accordingly. In a virtuous cycle of observation, pattern recognition and personalised recommendations, Netflix became empowered to start figuring out what their clients liked, and predictively start creating unique content that they knew – not thought – their clients would consume.

Cyber criminals know banks sit on a treasure trove of data – data that, for banks, can seem too deep to mine or too isolated in silos. But the seamless application of this data is where banks need to be focusing. Social, banking, credit and personal data can augment decisions and make banking offers more timely. For example, I am quite stunned that since I got engaged, became a father and starting investigating commercial/residential building investments, that none of my banking providers has cottoned on, given all of this social / personal data is public.

Thus, banking, marketing and customer journeys need to move from demographics to advanced analytics, and to micro-segmenting psychographics, focusing in on an individual customer’s specific values, attitudes, behaviours and interests, gained through the wealth of data banks already have access to. Knowledge of these values and interests can then shape the products developed by the banks, along with the brand stories they tell and which platforms they’re told on. To thrive in the future, banks and banking professionals need to be able to seamlessly access customer data, and also re-design the customer journey away from friction – toward seamless banking. 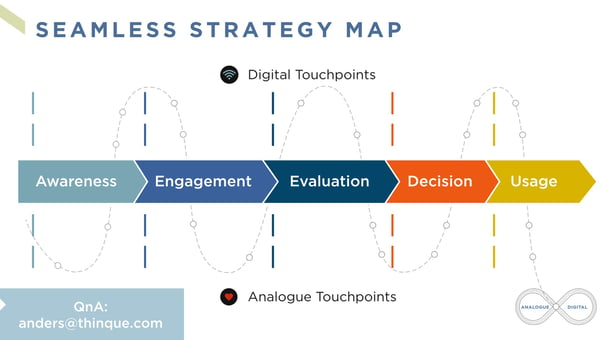 The video below provides more of my insights into micro-segmenting and psychographics.

For more of my insights into the future of banking, and many other industries, click the below.