Stop the media madness and reflect on the good news!

"Anders Sörman-Nilsson maps out a thought-provoking approach for turning challenges into opportunities for business growth and innovation. This is a helpful resource, packed with creative ideas and insights that can be applied to a range of businesses."

As we are fast approaching the end of 2016 many of us might have developed a gloomy view of the near future due to this year's disruptive events such as the polarity between localists and globalists in the UK, the political divisions in the US, religious extremism and the rise of nationalist parties around the world. The noise from the media has made us fear the future and believe that the world is going under. It has become very tempting to become a futurephobe, but let’s take a step back and look at the world through another lense. Below are 7 reasons why 2016 was not the worst year on record and why there is good reason to be optimistic.

During the last 7 years, the cost of solar power has dropped by a huge 70% while the panels have become even more efficient and smarter, resulting in a widespread adoption of solar panels. The supporters of solar energy often refer to Swanson's Law when describing the disruptive growth of solar. The Swanson Effect or Swanson's Law is named after Richard Swanson who founded the American solar-cell manufacturer SunPower. This theory suggests that the cost of photovoltaic cells that's needed to generate solar power drops by 20% with each doubling of global manufacturing capacity. From the graph above we can see that solar energy and other renewable energy solutions are predicted to experience significant growth within the next 24 years.

Here are a few examples of famous technology companies that have invested in solar:

The predicted growth of solar energy along with other renewable energy solutions will help us move away from fossil fuels and accelerate the transition to the sustainable future that we so desperately need.

IQ levels are increasing across the world according to the researchers Peera Wongupparaj, Veena Kumari and Robin Morris at Kings College London. Their research support "The Flynn Effect" which is the idea that every generation scores higher on IQ tests than the generation before it. Can this be true? Are we actually getting smarter for every generation? Check out our blog post on the Flynn Effect to find out the answer – The Flynn Effect and Artificial Intelligence.

Physical products like smart home devices are becoming more like nodes in an ecosystem of connected services. One example is Nest which can be defined as a central intelligence hub for your home. The Nest can learn your schedule, then program itself accordingly and can be controlled from your smartphone which enables you to reduce your energy footprint, lower your heating and cooling bills.

On a larger scale, we can also see how the Internet of Things is a core component of the concept of Smart Cities. From the visualisation below you can see how IoT solutions can contribute to more sustainable and healthy cities.

During recent years, we have seen the rise of peer-to-peer, on-demand and platform businesses models disrupt established industries such as transportation, finance, hospitality, consumer goods, professional services and even food. The sharing economy is no longer just a niche, it's starting to reshape the whole economy!

The approach used by sharing economy businesses is often called platform-thinking and it essentially means that businesses are creating more value without creating more physical stuff. In other words, organisations have found a new way to extract value from underutilised resources (empty seats in a car, spare bedrooms and unoccupied office space to mention a few examples). The obvious benefits brought by these solutions are less waste, lower costs, entrepreneurship, financial profits and commercial opportunities.

Additionally, we can see how sharing economy businesses have the potential to seamlessly connect people and strengthen the sense of community. Check out my Futurist blog for a deeper analysis of The Sharing Economy and other disruptive business trends - Anders Sorman-Nilsson Blog

Jess Greenwood, strategist at the digital agency R/GA, defines the transformation economy as "the exchange of cash for goods or services that could considerably improve the quality of life of the consumer who buys them for the long term."

The top right of the model illustrates "transformation" and what we mean by this is that successful businesses have moved beyond experiences and started to focus on how their offering can transform the lives of their customers. This is exactly what Nike is doing with their ecosystem of services and products. They don't just sell shoes, software and experiences - they are encouraging their existing and potential customers to make a personal transformation. The combination of Nike's shoes, gear, the app and the Nike Running Clubs enable people to become more than just a loyal customer. It helps them to become part of a community where they are being encouraged to become better runners and athletes - and fundamentally transformed human beings.

Another example of an initiative that fits into the concept of the transformation economy is the campaign Small Business Saturday by American Express. The idea behind the project is simple - it's to encourage people to support small and local brick and mortar businesses. Small Business Saturday is a counterpart to Black Friday which is organised by big retail chains the day after Thanksgiving.

Independent, family run and small businesses play an important role in the communities where they operate since they fuel local economies and constitute important geographical meeting points. Small retailers in the U.S. sold goods and services for estimated $5.5 billion during Small Business Saturday in 2012, and three years later that amount nearly tripled to $16.2 billion. From this, we can conclude that American Express has and still is transforming both small businesses and entire communities by encouraging people to support their neighbourhood business and shop local.

These examples show us that the transformation economy powered by digital technologies can enable businesses to truly help their customers achieve their long-term aspirations and objectives. 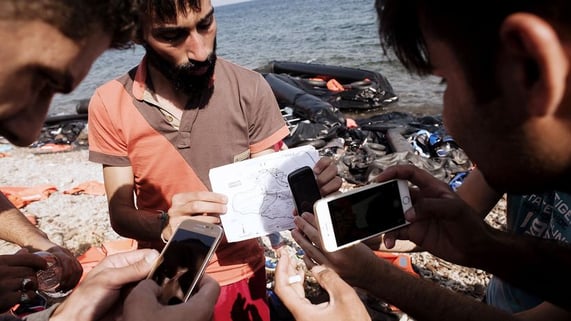 One of the most discussed issues this year has been the conflict in Syria which have forced millions of people to leave their homes and cross the Mediterranean Sea in hope for a safer and better future.

The journey from Syria to Western Europe is dangerous, but many refugees manage to avoid a lot of potential threats thanks to their smartphones. In this blog post, I explain why smartphones are essential for refugees and how they have become as important for the fleeing refugees as water and food – Why Smartphones Are Essential For Refugees.

Meanwhile, most people use their smartphones for swiping left or right on Tinder, checking Snapchat or stalking a friend’s friend on Instagram. What if we instead would focus more on using our digital devices to for example shop more sustainably (Glia) or improve our mental health (Headspace)? It has become evident that smarter decision-making enabled by digital technology can help both individuals and businesses to create a more prosperous future.

We are approaching a technological paradigm shift, the fourth industrial revolution, which is fuelled by the advancements in artificial intelligence, robotics, 3D printing, biotechnology and the Internet of Things.

According to the World Economic Forum, the fourth industrial revolution has the potential to boost global income levels and radically improve the quality of life. Furthermore, the technological innovations brought on by this shift will generate incredible productivity in transportation, logistics and global supply chains which will further result in a significantly lower cost of trade and consequently we will see a boost in economic growth. Meanwhile, this development may result in greater inequality since humans may become displaced by machines. However, the displacement of workers by technology could also create an increase in safer and more fulfilling jobs. Check out this blog post for insights on how you stay competitive in the future job market – 10 Job Skills You Must Master in 2020. 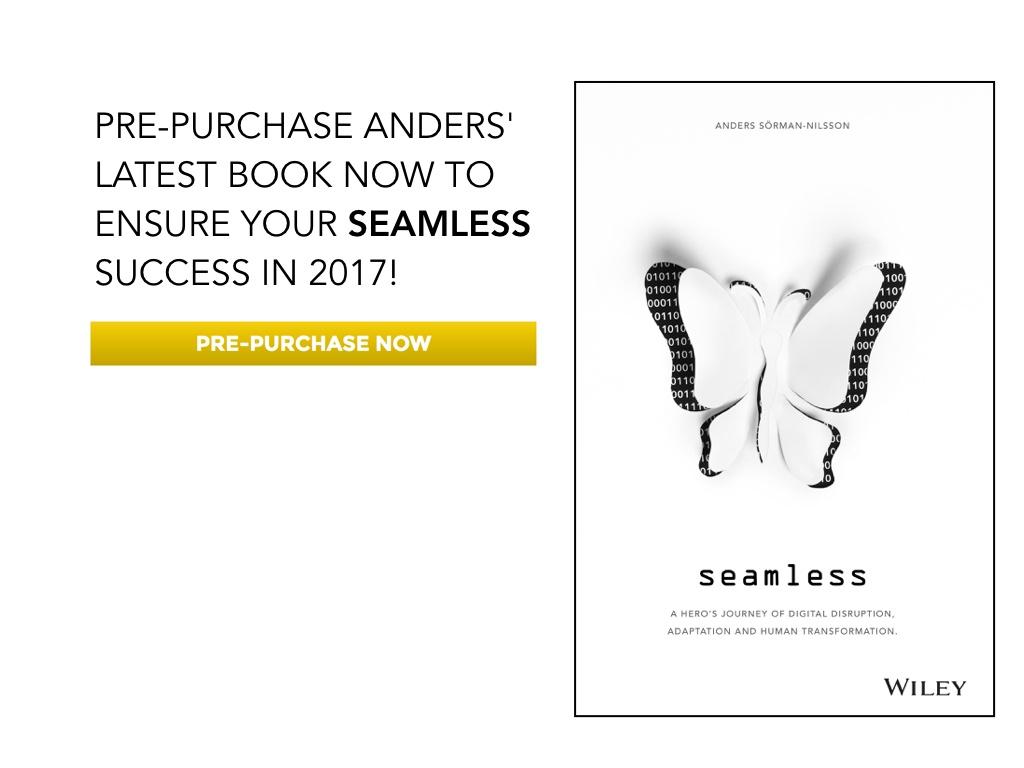