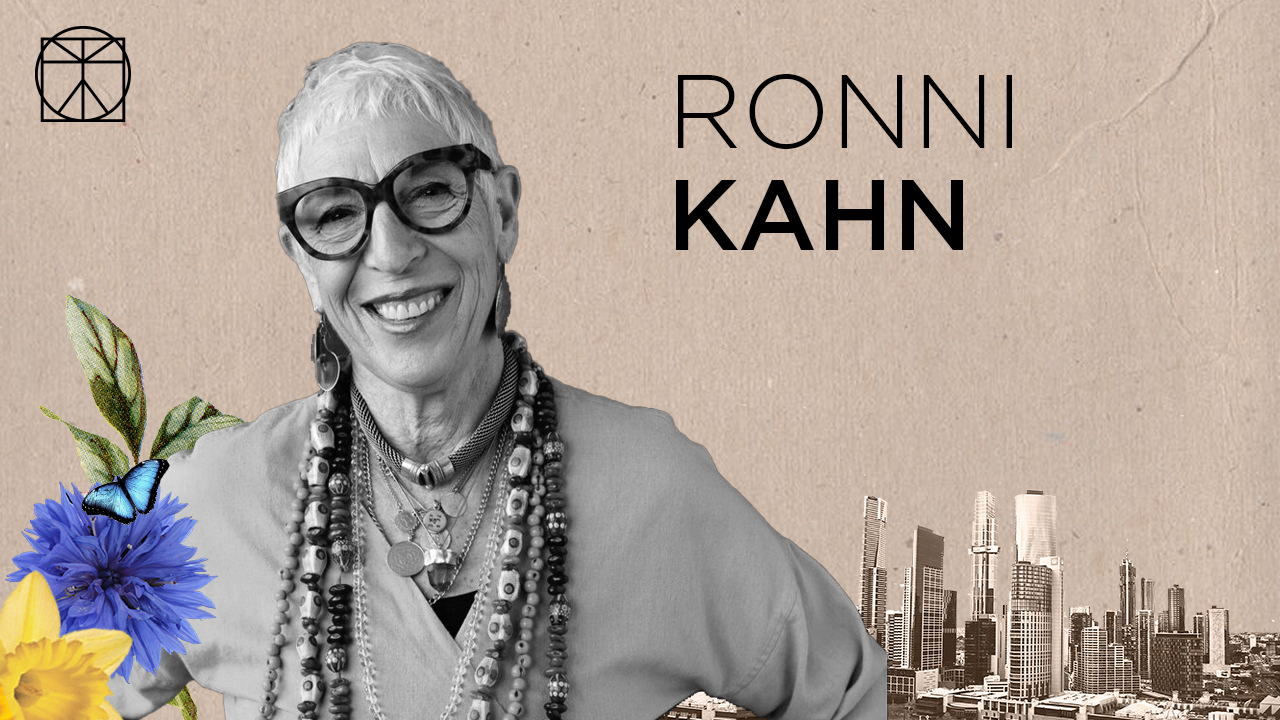 In today’s episode of the 2nd Renaissance, I sit down for a conversation with Ronni Kahn - the founder of OzHarvest - to decode the issue of food waste, food rescue, and the environmental impacts of the current food system - and what we can do to innovate ourselves out of social and environmental injustice. We also talk about Ronni’s spiritual journey, yoga and meditation at Bondi Beach, and what she learnt about creating social impact in Soweto, South Africa.

Ronni Kahn AO is a social entrepreneur and founder and CEO of food rescue charity OzHarvest. Ronni is a passionate advocate and activist renowned for disrupting the food waste landscape in Australia. She appears regularly in national media, serves in an advisory capacity to government and is a sought-after keynote speaker. Her mission to fight food waste and feed hungry people is supported by some of the world’s finest chefs. Ronni is an Officer of the Order of Australia (AO) and was named Australian Local Hero of the Year. Her journey is the subject of a feature film,  Food Fighter and her memoir, A Repurposed Life, has recently been published.

Ronni describes herself as an accidental activist, but I think as you will find in today’s story, there is something very intentional and purposeful about her journey. I left this conversation feeling like Ronni had reached into my heart and soul and I think you will find she has a similar effect on you.

Ronni Kahn is a force of nature. In her previous life, Ronni was an event catering entrepreneur who saw first-hand the immeasurable amount of good food going to waste in the hospitality industry. Ronni could have continued turning a profit by continuing to work within the system - but she had a different idea. Ronni decided to dedicate her life to rescuing food that would otherwise go to waste, and redistributing it to people in need. Ronni is the founder and CEO of OzHarvest - Australia’s leading food rescue organisation.

In our conversation, Ronni shares with us:

- What inspired her to dedicate her life to food rescue

- The role of business in creating social and environmental change

- Ronni’s spiritual journey, and how it has influenced her work

Ronni’s story is one of courage, determination and hope. She is a true example of how one person can make a difference in the world. By repurposing food that would otherwise go to waste, Ronni has not only saved millions of meals from going to landfill - she has also provided millions of meals to people in need. Ronni’s work is a shining example of the power of conscious capitalism, and the role that business can play in creating social and environmental change.

To find out more about Ronni Kahn and her work at OzHarvest, you can visit their website: ozharvest.org