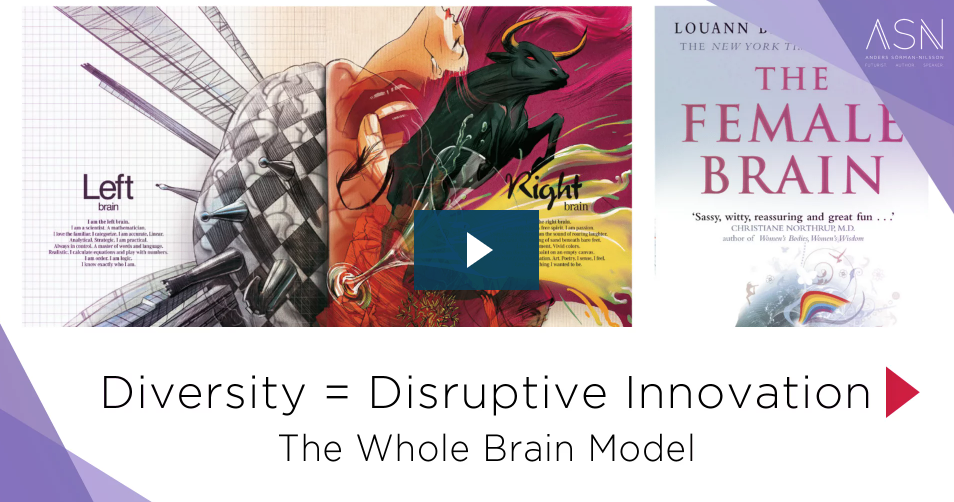 There is more to diversity than meets the eye. While have inherent differences as humans, we also have acquired differences. One of those differences is our cognition - thinking - and something that the best coders, futurists and neuro-scientists in the world are trying to map and model to drive an Artificial Intelligence explosion. But us humans have not yet quite let go off our intelligence monopoly, despite the rise of machine learning.

There is no doubt that robots and machines will continue to disrupt / augment human workforces in the future, but there is also an age-old sense that humans can augment and challenge other humans to better performance and more creative outputs. Diversity drives disruptive innovation, it turns out. Companies that are not diverse are paying a commercial penalty for not embracing difference.

One of my favourite tools for ensuring our clients are diversifying their cognitive portfolios is the Herrmann Brain Dominance Instrument (HBDI). The HBDI canvases your humans' thinking strengths and blindspots, and by showcasing organisational gaps you can also figure out how to get from your current state of innovation output to a desired future state of innovation revenue.

Tune into this Future Thinking video to learn more.