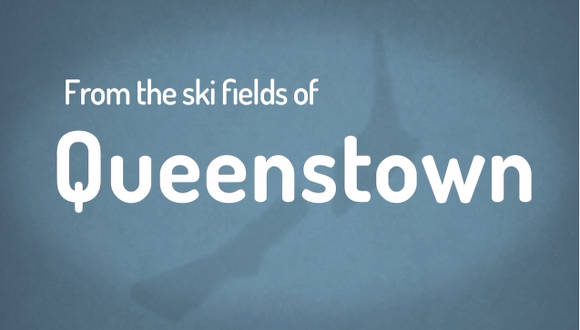 
Now, I just want to send you some reflections from a different context here today. It's from the outdoors. And my reflection is on how technology has shifted the outdoors, but also to look around the ski fields of how the game has shifted for those manufacturers who have market share in this outdoor arena. Those being of course primarily skiing or the manufacturers of skis, as well as snowboards.

But let me start here firstly just talking a little bit about the idea that the fields are becoming digitized or more really touched by technology in new ways. One of our reflections is just on how the lift system has shifted in terms of taking Near Frequency Communication or NFC cards to get us through and move us through the lift system much faster, or in the case of Cardrona here, it's through RFID or Radio Frequency Identifiers that just move us through the lift system very, very quickly. Now, I remember growing up in Sweden in 1980s. And this just wasn't the case. Every payment or every transaction as you went through the lift system would be quite filled with friction. I remember spending a lot more time standing in line, standing in queues waiting for the lift, because the processing and the checking of the lift cards or the lift passes was just so arduous.

The other thing I see here beyond the RFID installations as a huge opportunity, is that just like casinos are now using RFID chips or RFIDs in their chips to track movements of people around the casinos, and knowing which particular games are collecting the most money at which hours and also how and who they should maybe send some drinks to, because someone is likely to have won. So the ski systems around the world are now starting to use RFID technology smarter, making sure that they have the right number of staff at a particular lift that might be more popular than another one, and ensuring that depending on what time of day it is, that they know based on big data from the RFID tags to really know and optimize how they staff the various lifts. This is just one example of how technology is impacting the skiing fields and nature around me.

The second piece I'm seeing a lot here at the resort are these kind of devices. The good old GoPro. I know I look a little bit ridiculous in a snowboarding geek here today, but the fact is the GoPro and the GoPro Hero that allows us to do some digital story telling about our holidays and our various tricks and our freeriding et cetera, is something you see all over the place now in the ski fields. And of course people are uploading massive amount of data of how they've captured their runs and their fun from their holidays. This is another example of how we're digitizing our outdoor and our extreme sports and our outdoor adventures in a way that just wasn't possible 10 or 15 years ago. But now because of devices like this that are really allowing us to become the directors of our own stories, we are now at the forefront of being able to well, do a little bit of marketing for ski resorts like this, as we geotag those videos and as we share them throughout the web. So GoPro as a technology or as a company or as a brand, is very well positioned to really keep continuing winning hearts and minds, because they've enabled the seamless integration with the experience around us, as we want to capture our holidays and our freeriding or our backflips in the various snowboarding parks around the world.

As I mentioned at the outset of this particular future trend spot as well, the other thing that I'm noticing is just a market share in terms of what people are using on the ski fields. Now, some of us like to ski, some of us like to snowboard. Personally I like to do both, so I kind of switch it up between skiing and snowboarding. But what I saw in Sweden in the early 1990s when snowboards really made it into the skiing fields of the world, was they started taking massive, massive market share from the skiing manufacturers. And it wasn't until the skiing manufacturers stepped back a little bit and went, "Hey, why are all these snowboarders and snowboard manufacturers like Burton stealing our market share? What can we do better to make skies more fun again?" It wasn't until that point when they brought out the parabolics and now the twin tips, learning from the likes of snowboards on how you can make skiing more fun that we're now seeing skiers and snowboarders once again together. Back in the 1990s, there was a bit of a division. You were either a skier, or you were a snowboarder and they did not hangout in the snowboard parks together. That was a sole domain of snowboarders. But now, the two intermingle really easily, why? Because the skiing manufacturer saw that they needed to do something in the very innovative design of the twin tips enabling you to go backwards, forwards, landing backwards and shifting up the technique. This is very, very different from the very, very straight skies that I grew up on in Sweden in the 1980s.

Now, even in the outdoors here, we're seeing this sense of innovation happening and the fact that various players here are battling it out for market share, between the skiing manufacturers and the snowboarding manufacturers, and even here you need to stay extremely innovative in your design to make sure you win the hearts and the minds of today's and tomorrow's customers.

The final reflection is just on how apps are shifting and enabling us to debrief at the end of a busy day at the apres-ski, analogue institution in the area of skiing and snowboarding resorts, right. But today, I'm using something called Alpine Replay to ensure that I get the stats, the data, the big data. It's like the Nike Plus as it were, but for skiing fields. So I get to see the altitude we've covered, how many runs we've done, how many calories burnt. But it also maps our runs and ensures that we have a little bit of a debrief and we can compare which runs were the best, how much time we spent in lifts versus actually going downhill. And it gives us average speeds and top speeds throughout the day as well. And this again is something that the consumer today really wants to be able to see a digital layer on the analogue blood, sweat and tears that they experience throughout their extreme sports and their time in nature.

So these are some of my reflections on future trends, thinking about how technology and innovation is really impacting the outdoors today. Ciao.