The State of Play: Social Media in Corporate Australia 2011/2012 Report 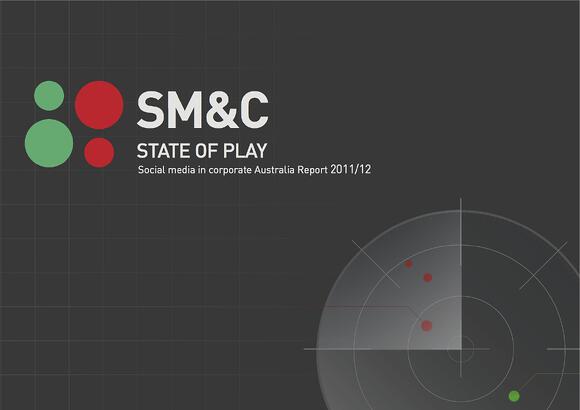 We at Thinque are excited to announce the launch of the State of Play: Social Media in Corporate Australia 2011/2012 Report. This report contains the latest insights into the state of play of social media in the near future in the Australian Market Place. This Social Media SWOT analysis was launched as part of the Social Media & Communications Summit which was held in Sydney on November 15, 2011 at the Deckhouse in Woolwich.

To gain a flavour of the future of social media in corporate Australia, you can access this freshly minted report now.

Keep reading below for some of the key insights, and check out the infographic state of play based on our research.

One of the key insights from the report was the fact that 66% of respondents reported that Social Media Strategy is the area in which they need the most help. To learn more about the State of Play Social Media 2011/12 Report, commissioned by Thinque and SR7, download it here. 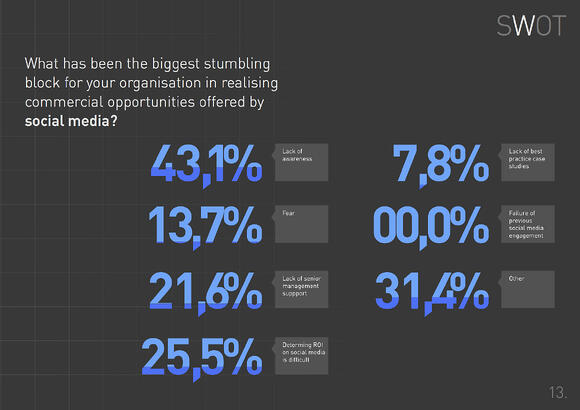 Interestingly, lack of awarness and the difficulty of determining a meaningful ROI on social media were held out as two of the key stumbling blocks in terms of realising the opportunities of social media for corporate Australia.

The State of Play: Social Media in Corporate Australia Report provide detailed insights and intelligence into usage, attitude and application of social media and networking platforms by Australian businesses, government departments and NGOs.

The results contained in the report provide a contemporary analysis of what social media means for business. It provides action points and a greater understanding of the perceptions of corporations and communication practitioners in considering social media initiatives.

The key findings are as follows:

Download the State of Play Social Media 2011/12 Report, commissioned by Thinque and SR7, here to get the full picture.