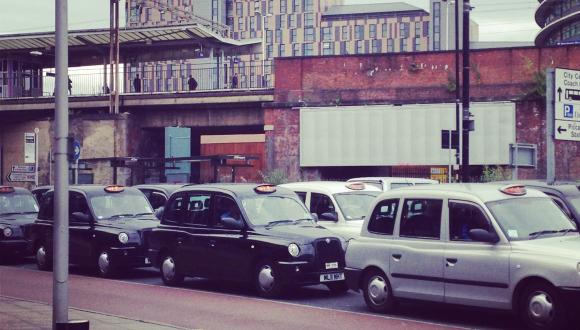 My favourite taxi drivers in the world are the London taxi drivers. They are knowledgeable, polite, and experts on the London traffic grid and the capital's geo-location.

Compared to Sydney, Melbourne, NYC, or Hong Kong taxi drivers they are a delightful band (in the majority) that act as brand ambassadors for London in their iconic black cabs.

Yet, London's taxi drivers are stuck in analogue mode.

And technology is disrupting their knowledge - or rather the infamous The Knowledge - a gruelling 4 year exam testing their analogue skills and insights into London's geography, routes, and traffic eccentricities. The much-hyped and extremely user-friendly app Uber is changing the game by commoditising human knowledge.

And this places us, consumers into a pickle. Check out this video blog on the topic from Future Trendspots that I did a few months ago from Soho, NYC.

Do we support some of the best taxi drivers in the world because we respect their commitment to The Knowledge of London and keep giving them our custom, or do we go with what is ostensibly an even greater customer service experience? One that provides a seamless payment experience (rather than being tied to Sterling cash), digital receipts (for easy expense reporting), transparency in pricing and routing (for constant improvement), and extreme convenience and digital traceability of optimum routing.

Despite my somewhat analogue heart I am guilty of being a dedicated fan of Uber.

This is of course extremely disruptive to taxi drivers and across Europe, taxi drivers have been protesting, asking for government regulation, and appealing to the consumers' analogue hearts for loyalty and intervention. I doubt they will get it.

So what is going on here? 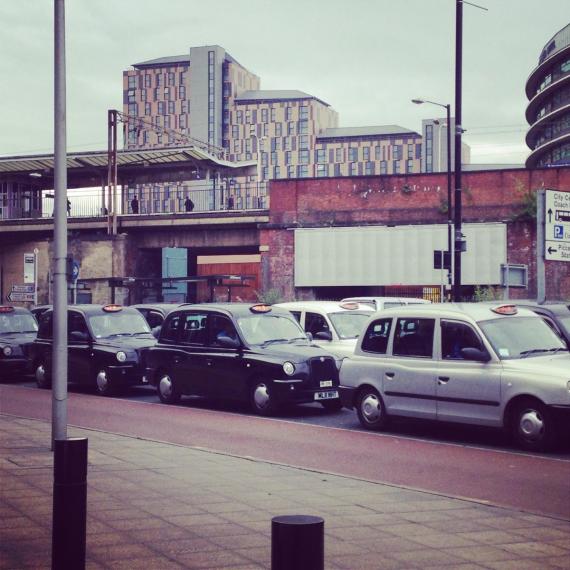 *This photo was taken after my futurist keynote at the Chartered Institute of Housing in Manchester, June 27th

The inevitable occurred. GPS, wifi, geolocation, and smart phone technology have converged to replace what was once considered quite a useful skill - how to get from point A to point B. That skill is now being commoditised, and allowing a new digital entrant into the market.

The Knowledge may soon be considered The Commodity.

What do you think?

Engage in the Uber debate and let me know what you thinque.