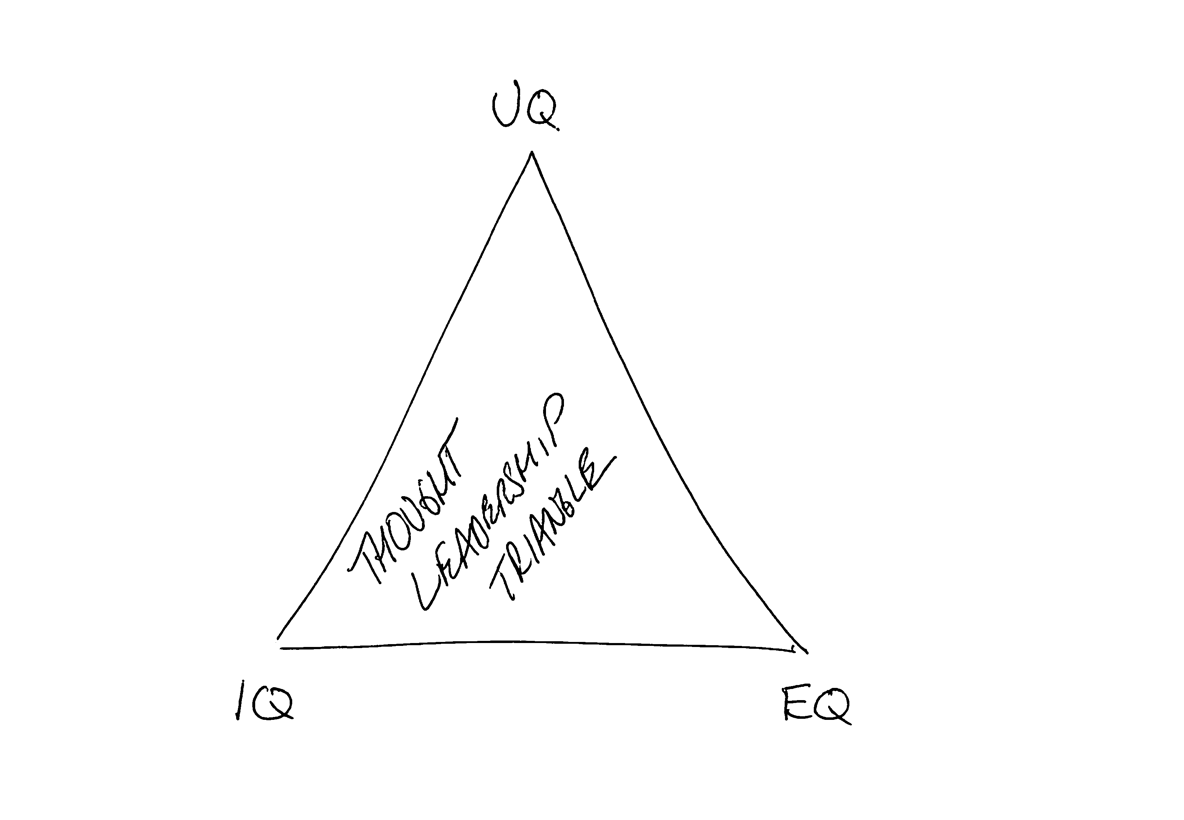 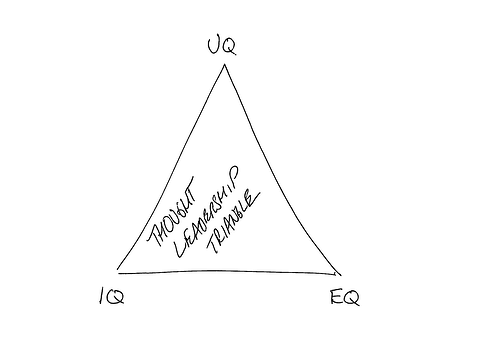 Many of us rest on our old IQ laurels. We were told we were smart at school, our marks reflected a certain ability to rote learn and memorise. We nailed the ability to learn and cram ideas into a production system that produced great graduates. We were told we had good IQ. Often that IQ would result in scholarships or entry scores that could land us in top universities. Those universities perpetuated the focus on IQ smarts. We spent 5 or 6 years at university focusing on mathematical scores that reflected this ability to absorb information, and remix it in a way in which it was deemed 'analytical', which just spun the fact that we rehashing precedent. While I was at law school I was told that I was learning to 'think like a lawyer' - a very useful skill supposedly. Graduate legal programs were decided based on marks, with a sprinkle of interview skills, many of which could be rote learned, and rehearsed. IQ dressed up in sheeps clothing and a tie would often land you a job in a top tier firm.

If IQ gets you a job, EQ gets you promoted. EQ in the sense of being able to play office politics, or influence/persuade people of your worth, and thereby excelling on the path to partnership. Emotional Intelligence is certainly important and I believe it is a key leadership skill in the new economy. It focusses on emotional self-awareness, awareness of others and management of self and others. Unlike IQ, it can be boosted throughout one's lifetime.

Neither IQ nor EQ are enough today to make you truly excel in an uber-competitive world. In fact, Gartner talks of the 'versatilist' and McKinsey talks of the T-shaped invididual as the type of talent a corporate truly wants to recruit, nurture and earmark for emerging leaders' programs. It's no longer enough to just be a brilliant left-brained analyst or a right-brained creative.

The magic resides in your ability to play at the intersection and handle both effectively.

Heart smarts and head smarts in other words.

But a third element is also critical if you want to stand out as an organisational rock-star - the coveted thought leader who can break all the rules, the rain-maker, the innovation, the trend setter. Your UQ - your unique intelligence.

If you land the troika of a decent threshold of IQ, mix it with an obsession to continuously boost your EQ credentials, and you also explore and market your unique intelligence, you have the makings of an internal of external thought leader. The UQ is the sum total of your misfit, your quirkyness, your life experiences, your weaknesses and strengths, your vulnerabilities and your crazy thoughts.

Your thought leadership is the compound effect of combining your IQ, EQ and UQ resulting in the Thought Leadership Triangle. That's where your genius resides, and it's the key to marketing yourself and your organisation in the future. Just ask Steve Jobs of Apple fame - 'Think Different' is a blend of EQ, IQ and UQ if I ever saw one.

To learn more about thought leaders mentoring, drop me a line on anders@thinque.com.au.