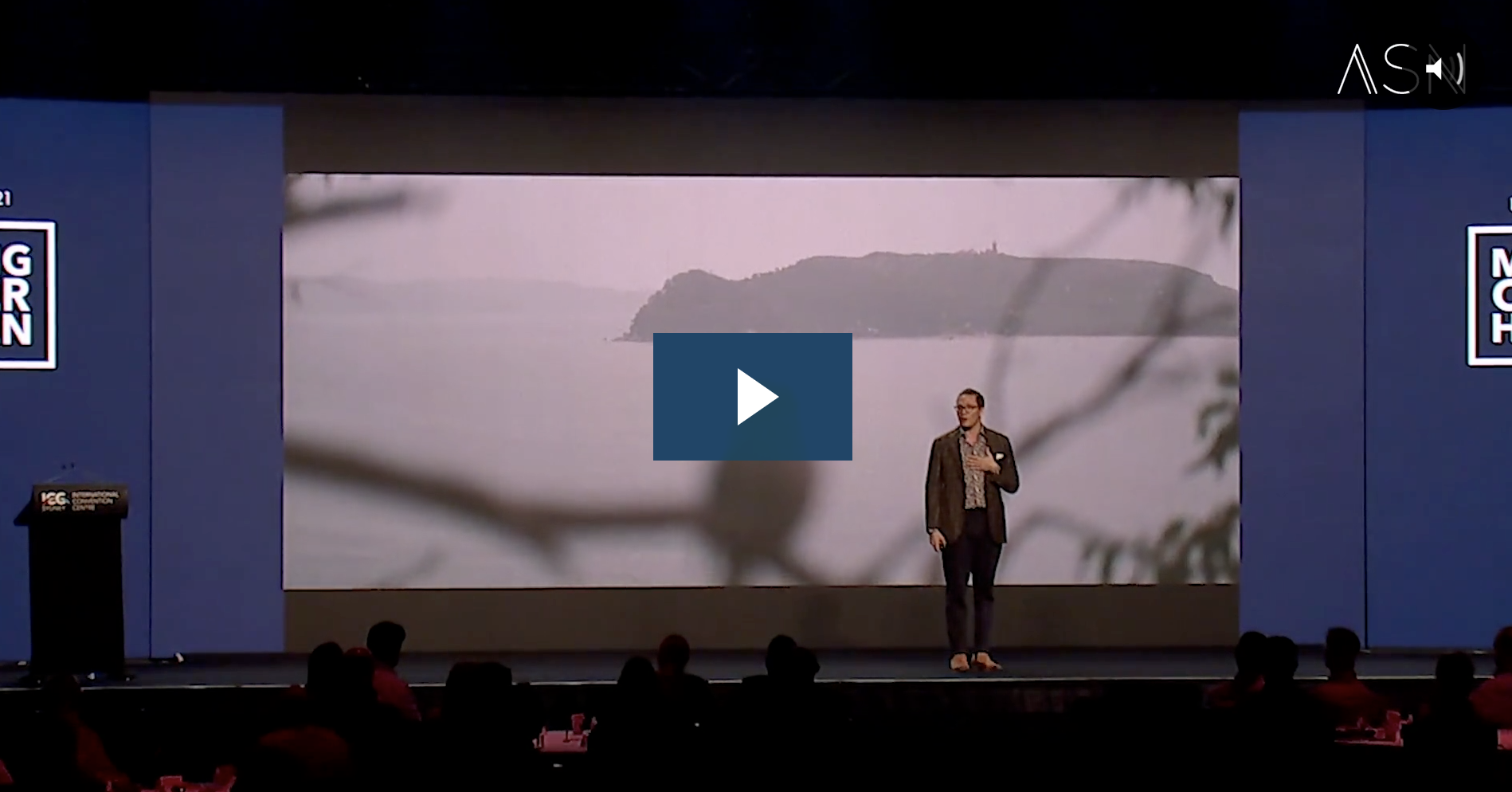 Today’s technology has incredible implications for the way we live our lives.

It’s tempting to feel pessimistic about the way technology has shaped our lives. We spend too much time doomscrolling or comparing ourselves to influencers, we check our emails as soon as we wake up, our children will grow up without being able to rote learn a whole textbook.

Our suspicion of technology is rather quaint. 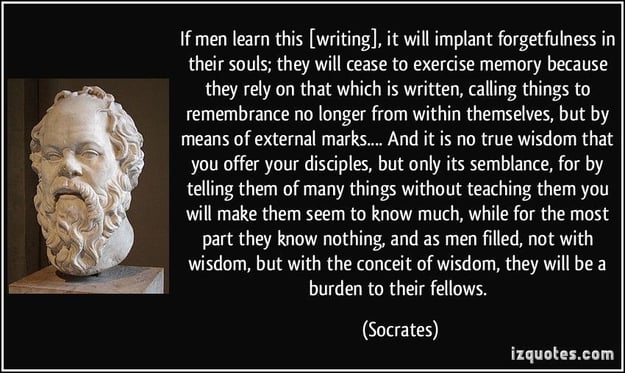 Socrates (who never wrote but whose musings were faithfully recorded by Plato) worried that writing would result in forgetfulness:

“If men learn this, it will implant forgetfulness in their souls; they will cease to exercise memory because they rely on that which is written, calling things to remembrance no longer from within themselves, but by means of external marks.”

Alexander Graham Bell’s telephone was criticised for invading the domestic sphere, destroying the ability to have deep and contemplative conversation and for reducing the time spent socialising in real life.

Charlie Chaplin is quoted as saying, “Cinema is little more than a passing fad. It’s canned drama. What audiences really want to see is flesh and blood on the stage.”

Sound familiar? These fears still echo today. They tap into the concern that we no longer need to rely on our memories, that our attention span and personal time is being eroded, and that any tech which claims to connect us remains a very poor substitute for real interaction.

And there’s merit to these concerns, after all, they’re not absolutely incorrect. We don’t need to recall every single fact or piece of information, the telephone has changed the way we converse and live theatre and performance continues because we do enjoy seeing flesh and blood on stage.

These fears also show that transformative technology has always been met with apprehension or fear. But eventually, technology becomes less novel and integrates into the rhythm of our lives. We aren’t plagued by moral panic over old technologies because we’ve learned to navigate their realities; they enhance our lives rather than detract from them.

In a time of rapid technological transformation it’s worth remembering that we can improve our world with our newest tools. We’re seeing the beginnings of a whole new economic model and it’s only possible due to technological advancement. This new model is circular.

The Ellen Macarthur Foundation defines a circular economy as: “...based on the principles of designing out waste and pollution, keeping products and materials in use, and regenerating natural systems. ” 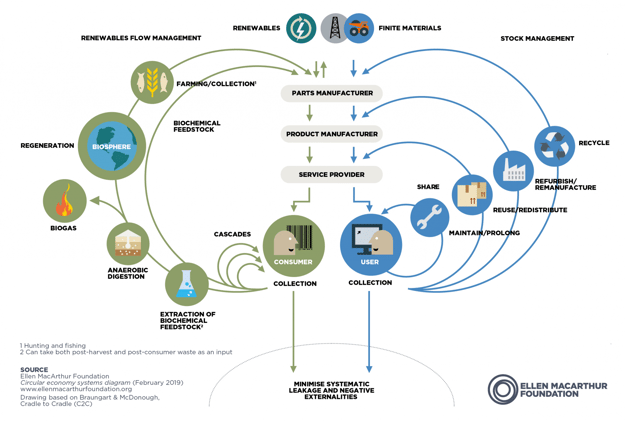 It’s in contrast to our current model which is linear: we take resources, use them and dispose of them. Circularity ensures that a resource’s life cycle remains on repeat. By minimising or mitigating waste we tread more lightly on the planet, but we also secure an economic future where there are still resources to draw from.

Already linearity feels a little dated. Apart from the environmental implications it’s unsustainable in a purely economic sense. Relying on non-renewable or limited resources until we can no longer source them is simply digging a deeper hole for entire industries to climb out of.

Which is why the innovative companies are already climbing and booking the profits of the future - through sustainable innovation.

Emerging companies are built on circularity. For instance, Enerkem, a Canadian company, extracts carbon from non-recyclable rubbish. They convert this carbon into a gas that can be used to make biofuels and other useful chemicals. Australia’s Zero Co eliminates the single-use plastics that people rely on to clean their houses.

It’s not just start-ups though. Bigger companies are using their scale to make even bigger differences. Businesses like AirBnb and Uber tap into the sharing economy, which really live on the idea of turning wasted resources (a spare room or an idle car) into something productive. This is one element of circular businesses.

Apple’s approach is more multi-pronged. Their goal is to create products with net zero carbon neutrality by 2030 and encompasses sourcing, production, design, suppliers, end-of-life for products and beyond. They use a robot called Daisy which dismantles 200 iPhones per hour, or 1.2 million phones per year, to extract the precious materials inside. (Daisy is a recycled robot itself, using parts from a predecessor named Liam.) While 40% of the material in a MacBook Air comes from recycled materials. All Apple facilities use 100% renewable energy and more than a hundred of their suppliers have committed to using renewable energy too. Apple has also invested more than $200 million into natural climate solutions. 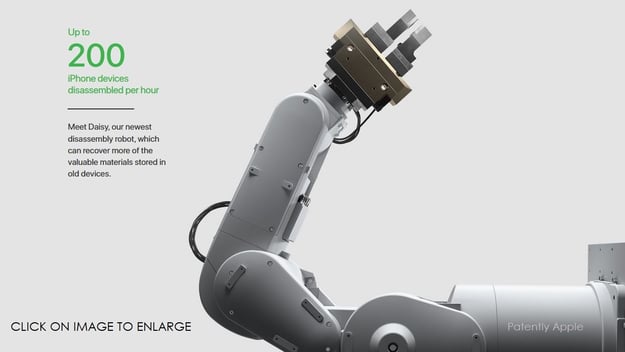 Another behemoth making big strides is AB InBev, the world’s largest brewer, which is not far off achieving their goal of using only recycled or returnable packaging by 2025. They also back a company called EverGrain who convert ‘spent barley’ from the brewing process into plant proteins that can be used in a range of foods, finding even more value in their products through circular thinking.

Retailers like IKEA, H&M and Walmart are also taking initiatives to optimise their use of resources, reduce waste and improve local labour conditions with suppliers in emerging markets. Yes, the exploitation of people is unsustainable too. After all, a new economic model can’t rely on an unhappy, unproductive and unhealthy workforce; it strives to maximise the potential of every type of ‘resource’.

Andrew McAfee, a research scientist from MIT Sloan School of Management and author of More From Less, shows best how we are innovating our way out of resource depletion. He cites that in America the total amount of steel, aluminum, copper, fertilizer, water, timber and paper used in production has declined—even as GDP and agricultural output has increased sharply. For example, think of how many resource consuming pieces of hardware in this Radioshack from the 1990s that the iPhone has replaced... 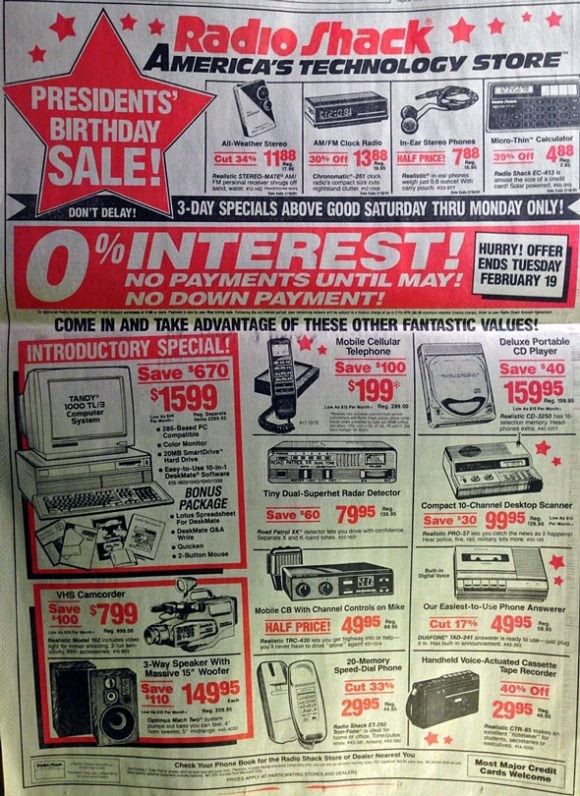 We’re decoupling growth and the consumption of resources. And we’re relying on new technologies to do it at an unprecedented scale.

It’s an argument for technological optimism. For all the social adjustments we will have to make — the new ways of thinking and negotiating with our new tools — the benefits can far outweigh any disadvantages.

Companies that can see that circularity is a model of efficiency are already asking: where can we turn linearity into a loop?

To find out more about how you can profit from doing the right thing by your people and the planet by using technology, why not book a session with Sustainability Futurist Anders Sörman-Nilsson?