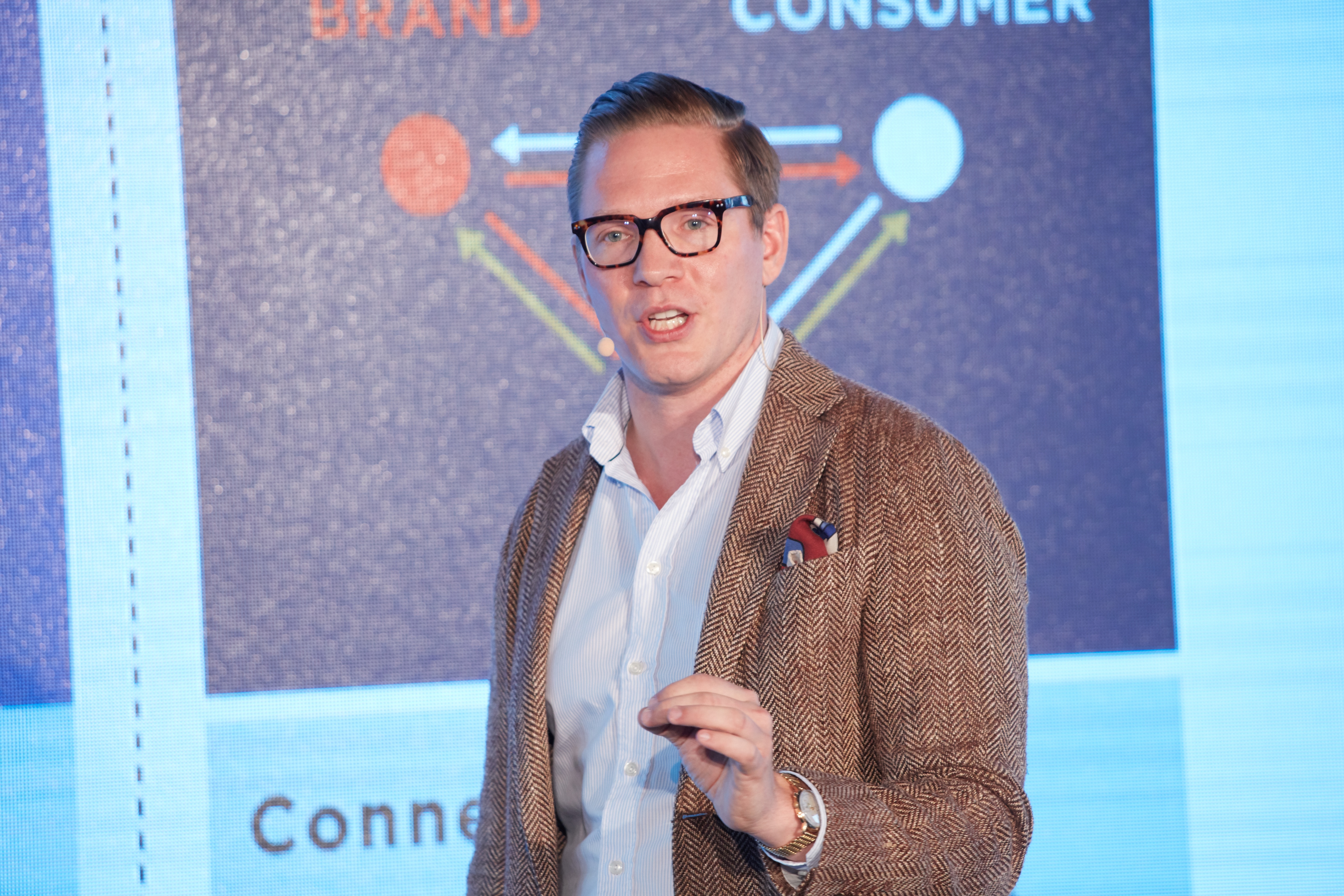 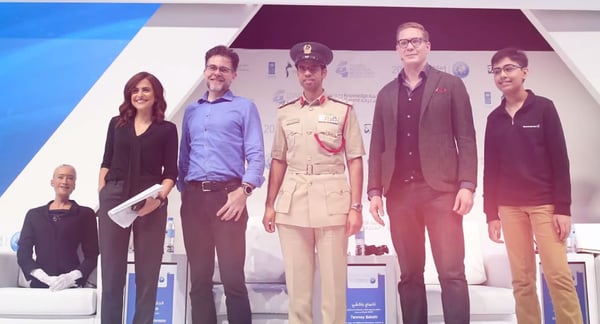 By now you’ve probably seen some footage or coverage of Robot Sophia, designed by Dr David Hanson and his team at Hanson Robotics. Not only can Sophia respond to questions put to her, she can ‘read’ the world around her, gaining knowledge from facial expressions and reactions. Through these interactions, according to Dr Hanson, Sophia can even learn and evolve. But where are humans placed in the race against robot learning and evolution?

In a panel discussion I participated in at Dubai’s Knowledge Summit in November 2017, Dr Hanson explained that, even at 18 months old, in some aspects Sophia only had the intelligence of a nine month old human. In other aspects, such as language recognition and response, she’s equal to an adult, while in others she’s not even as smart as your average single-cell organism. However, Dr Hanson argued Sophia’s learning and evolution would be faster than a human’s – give her three years, he said, and the areas where she’s only nine months evolved now, she’ll be equal to a six year old. Three years after that, she could be as smart as your average adult in all areas. Robot Sophia is going exponential. And machine learning is an exponential force.

What is worrying here is not so much that machines and robots are learning, but that humans are not. At least not at the same pace as our android cousins.

For Dr Hanson, designing robots to evolve humanely is how we design them to be people-safe. Just as we don’t want our children to grow up to be completely under the mind control of their parents, we also need to design robots to evolve to the point of making the right decisions by itself. Coding for ethics and humanity, in other words.

For more of my and Dr Hanson’s insights that came from this panel discussion, check out the following video.

For some people, all this talk of robot evolution and self-guided decision making can be scary. For me, robots learning isn’t scary – indeed, I discussed in a previous blog that "technology with heart" can make the world more humane. The World Economic Forum, for example, estimates the 1.2 million lives will be saved over the next decade by self-driving, autonomous vehicles.

So I’m not frightened by robot evolution – but I am worried that humans aren’t also learning and evolving in line with technology. You know – humans suck at change. (Why else do so many new gym memberships go unused or New Year’s resolutions fail by mid-January?) And unless we catch up and nurture our human curiosity, get excited and focused on combining computer intelligence with human intelligence, as businesses and individuals, we will be left behind.

Get excited about the future

We are all at a pivot point in history. We’re at the start of that upwards bend in the curve of exponentiality in technological advancement. And one thing that the evolution of technology is making us do is really explore and re-assess what it means to be human.

This kind of fundamental reassessment, and finding more ways to augment human with artificial intelligence, will allow us to focus less on the meaningless, mundane work that we all have to do every day at the moment. (Can I hear a ‘Hallelujah’ for the death of punching spreadsheets?) We can then focus more on areas robots may never be able to replicate – our ingenuity, innovation and creativity. We can focus on combining the best of our left and right brains to create better, more human-centric outcomes for the world.

If you're keen to find out more of my insights, and see how they might connect to your business and industry, click the link below.